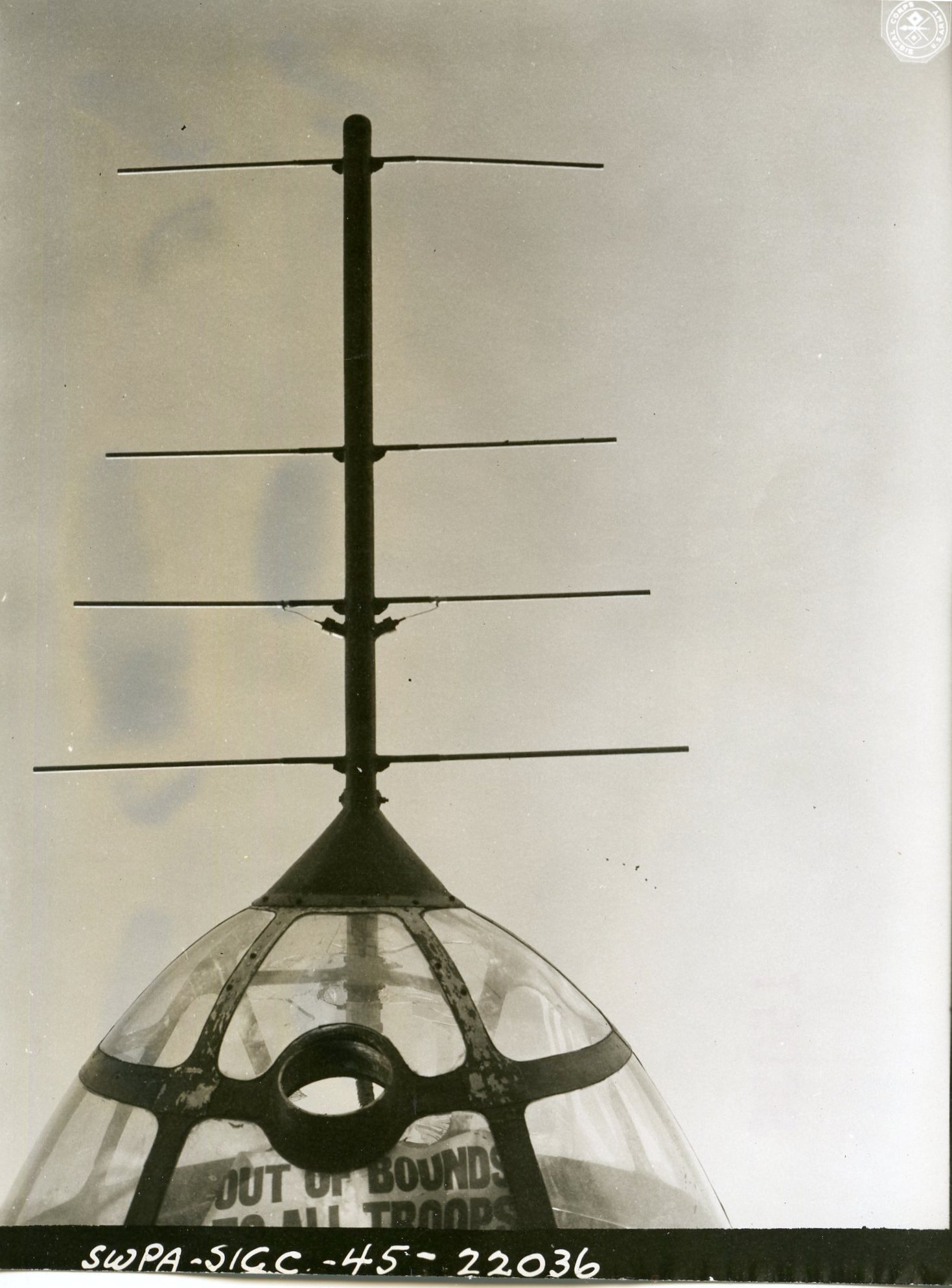 During the 2nd world war, the Japanese developed a variety of radar equipment. However this isn’t a very well described field, especially in online English literature. Over the years, I’ve tried to compile a somewhat comprehensive list of what is available on the dark corners of the web, old books and reports.

The modern Japanese translation for radar is レーダー, rēdā. This however wasn’t always the case and during the 2nd world war it was known as 電波探信儀 (Denpa Tanshingi) or by it’s contraction 電探 (Dentan). Literally it translates to “Radio Wave Probe”.

Within the navy, the naming of all electronic equipment followed a standard pattern consisting of the type, the purpose and the model number and name.

This number indicates the Showa year in which the device was officially accepted as an military project. By subtracting 60 it gives the year in the 20th century of the Georgian calendar. 96 thus gives 1936.

The Ku number is in English literature often wrongly translated as “Mark”. This would imply that this indicates a version of the product, while this isn’t the case. This probably finds it’s roots in translation errors in WW2 documents describing captured Japanese equipment.
In the rest of this page will translate 空 as Ku, the Japanese pronunciation of this Kanji, meaning sky in this context, as 空 is an abbrevation of 航空機 (Kōkūki) which translates to aircraft.
So what does 空 indicate? For what type of aircraft the equipment was intended.

The name is often pretty self explanatory and describes the function and purpose of the equipment. Some radars are named telegraphs to mask their true purpose from American intelligence. The model number indicates the version or modification of the equipment.

As these names could get rather long and unwieldy for everyday use, a short notation was also used by the navy. There was no real logic to this system, and the navy gave them on a whim. For example with the FD-1 and 2, the F most likely comes from Flugzeug, the german word for plane, and the D from Decimeter wavelength. 1 Indicated it was the first build on the same fundamental design.

There was an official designation system, consisting of two digits;

The second digit was supposed to be selected according to;

Of the airborne radars, only the Kasumi 51 radar followed this naming scheme.

The Japanese Army also had a fairly logical set designation system; the numbers were assigned during development and usually stayed with the set. The type number of each equipment was preceded by one of the following words, in which the prefix “TA” comes from Tama Institute:
Tachi, meaning land based; (chi = land).
Tase, meaning shipborne; (se = sea).
Taki, meaning airborne (ki = air)

FM-3
This type of radar circles around on the English parts of the internet, seemingly coming from an old post (form 1996?) on combinedfleet.com. This page credits it to a post by Marin Favorite, but doesn’t actually link to it.
Other than that post, I’ve yet to encounter any other source on this radar, either primary or secondary. There is no Japanese designation known either.
Because of that, and the fact that the given specifications are identical to the FK-3 radar which is described in ” Reports of the U.S. Naval Technical Mission to Japan “, it’s most likely an translation error.