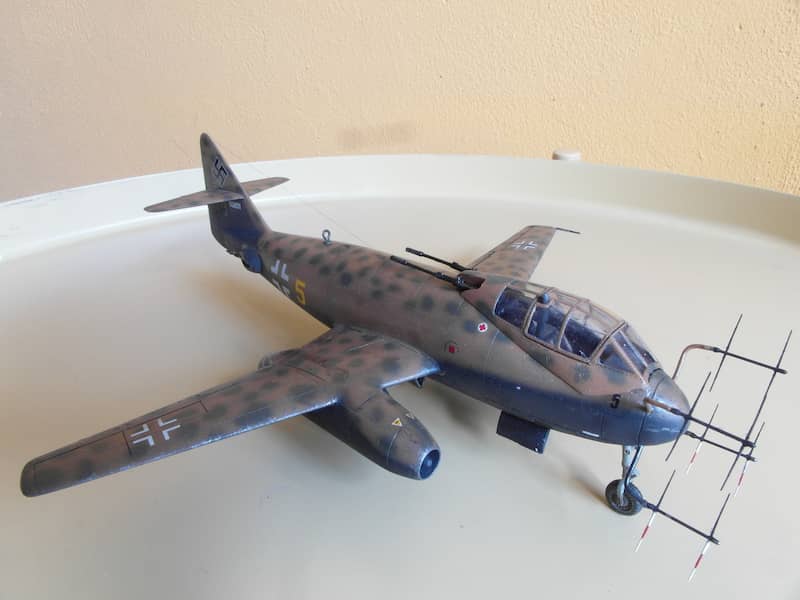 The Messerschmitt P.1099 was a late war German heavy jet fighter proposal. It was a further development of the Messerschmitt Me 262, with both the tail section and the wings being the same. The plane was planned in a way that it could later be developed into multiple roles, including a night fighter, the version I decided to build. This is purely my own imagination, as there is no official documentation of the installation of the FuG 220 Lichtenstein radar for night fighters.

The kit is from Revell, which has published a whole lot of cheap, German luft ’46 projects. The kit is nicely detailed, however there are some fitting issues with the engine nacelles which did require a lot of putty.

The camouflage depicts a desert night fighters, with a RLM 79/80 upper side and a RLM 22 bottom side. I also added a FuG 220 Lichtenstein radar, which was standard equipment for German night fighters. I also opted to not use the 50mm cannon as this would interfere with the radar, and instead use the 4*30mm armament instead.