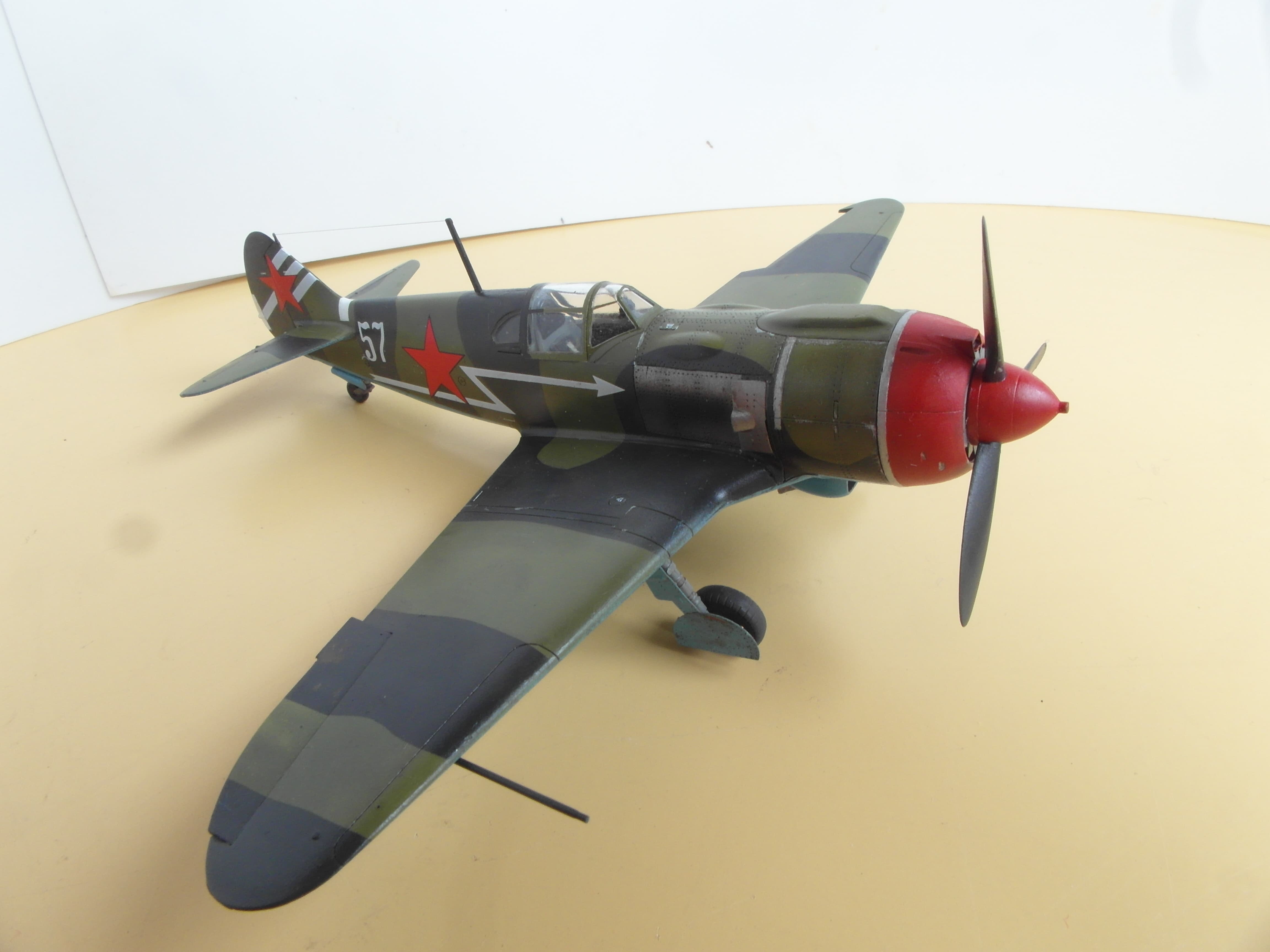 The Lavochkin La-5 was a Soviet fighter developed during the second world war. It was developed from the LaGG-3, replacing the engine with a radial variant. It was one of the most produced Soviet aircraft with 9,920 planes build from 1942 onward. It was regarded as an excellent fighter which could fly toe to toe with contemporary German aircraft, only hampered by difficult engine controls and a short range.

Soviet aircraft are one of the more overlooked aircraft when it comes to modelling, with many types having poor to no representation. So when Clear Prop announced their version of the La-5 I was quite happy. I had build the Revell La-5FN years ago, but this kit blows it out of the water with amazing detail and impeccable fitting. There are some inaccuracies with the camouflages, which seems to be a pattern with Clear prop as the A5M I build earlier also had some careless mistakes

I also choose to include the photo etch landing flaps because I’m a masochist. They actually went together quite smoothly.

The kit comes with schemes for six different planes:

I choose to go with White 57, as I liked the red nose.