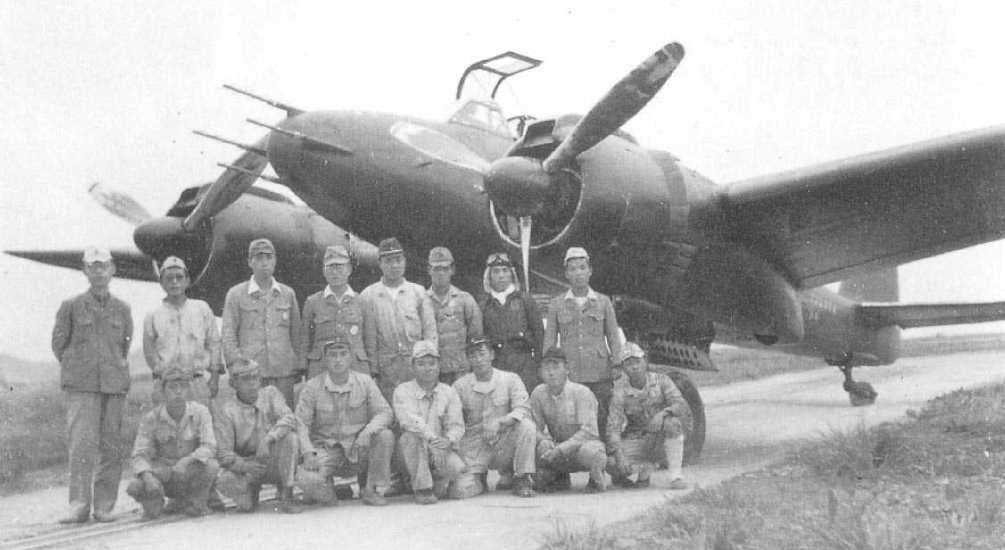 十八試空二号無線電信機 (18-shiki Ku-2 Gō musen denshinki , Prototype 18 Ku 2 Wireless Telegraph) was a search radar for night fighters, developed by the 2nd Naval Technical Institute and produced by Toshiba
When night bombardments by the Americans started, the need for a radar for finding the bombers became clear. The Japanese already had a working radar set with the H-6, however this was a long range detection radar, unsuitable for actually locating the bomber formations.
As a response the FD-2 was developed from the earlier failed FD-1 airborne detection radar. About 100 units were produced and installed on Nakajima J1N1 and Yokosuka P1Y aircraft of the 302 Kokutai.

The performance however was underwhelming, with an insufficient range of only 3 km. Increased drag due to the antennae and countermeasures deployed by B-29 further decreased the effectiveness. This later resulted in the electronics being removed from most aircraft with only the antenna array remaining.

The FD-2 uses four fourward facing Yagi style antenna with five elements (the sideway facing rods). Two pairs, each with a sending (top and bot) and a receiving antenna (left and right). The set uses horizontal lobe switching to find the target. Here the two sets would be pointed slightly off to the side of the plane. An electrical switch would continuously switch between the sets. The signal strengths would then be compared to determine the range and azimuth of the target. This would then be shown on a CRT display.

After the War, American forces captured four Nakajima J1N Gecko’s. One of these machines was restored and is on display at the Steven F. Udvar-Hazy Center. This machine is equipped with the antenna array of an FD-2 radar, however the radar electronics were not present on the aircraft.
After the war, the Americans captured an working example of the FD-2 radar as well at Meguro Park Laboratory, Tokyo. It was send back to the U.S. for testing, but it’s current day status or whereabouts are unknown.

Reports of the U.S. Naval Technical Mission to Japan