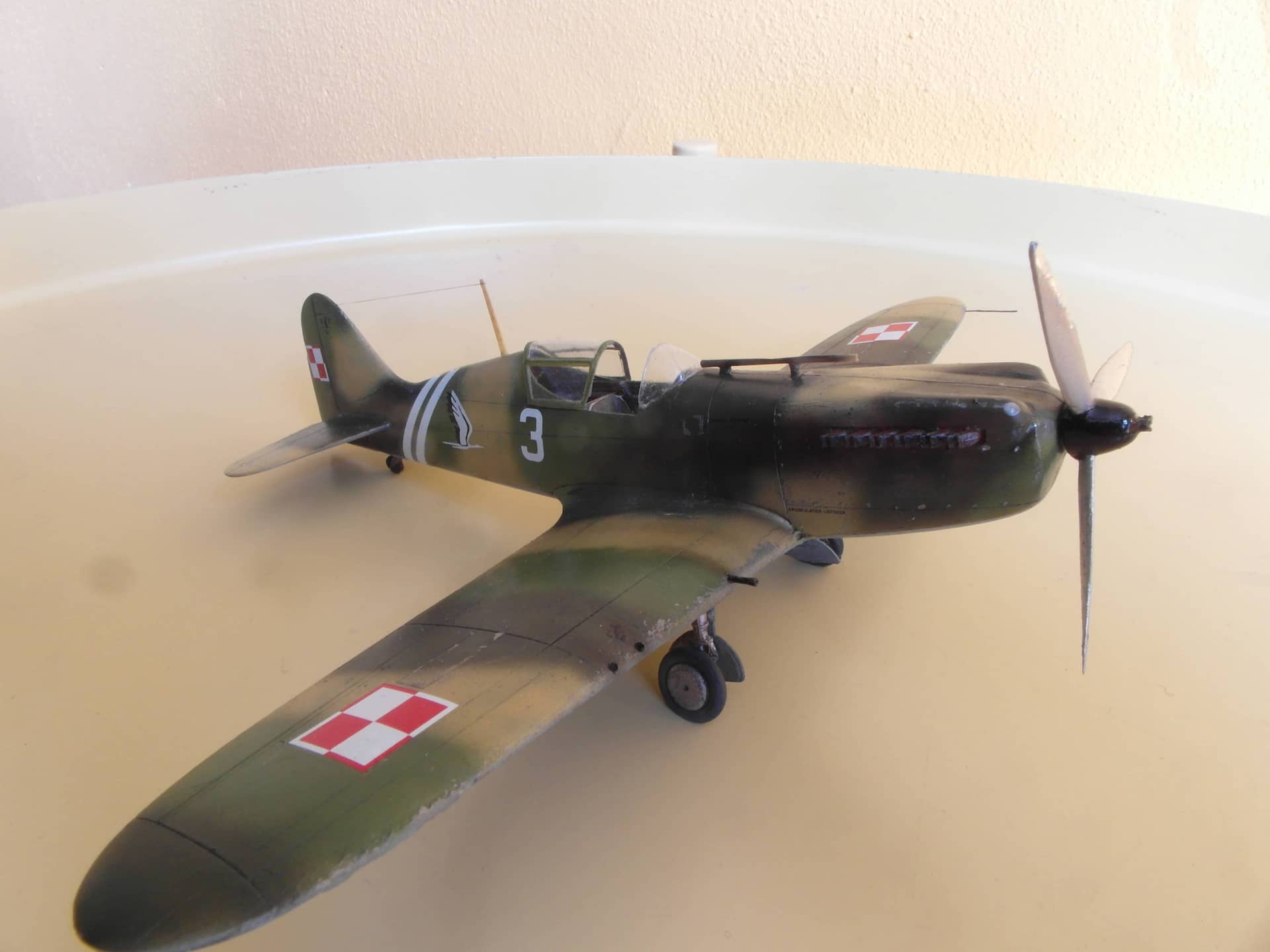 Contents
1 The Kit
2 The cockpit

The PZL.55 (Sometimes incorrectly designated as the PZL.62) was a Polish fighter project designed by Jerzy Dąbrowski as a private venture. The project started in 1938 as the “gazelle” sports plane, a simplified variant of the PZL.26. Wind tunnel tests on a scale model were conducted in the summer of 1939. Results were very promising. In August 1939 the design was adapted for military use as the PZL.55. Two prototypes were ordered with test flights expected in the summer of 1940. However all work was stopped in September 1939 due to the German invasion with no prototypes build.

The plane was to be powered by a Hispano-Suiza 12Y or 12Z inline engine. Armament was planned to be one engine-mounted 20mm Hispano-Suiza cannon and 6 or 8 7.9mm wz.36 machine guns in the wings.

The kit comes in a top opening box with the different the resin parts divided over a few resealable plastic bags. The parts aren’t labelled and the instructions miss quite a few steps, making it somewhat of a puzzle. The detailing is very nice, but at some points the moulds seems to have deteriorated a bit making some clean up necessary. Two vacuformed canopies are supposed to be included, however mine only came with one. The decals seem quite thin.

As usual, I started with the cockpit. The instructions are terrible, with only a single panel describing how to put the controls on the floor. The other parts you pretty much have to guess. I opted to keep the cockpit bare metal.

The canopy was a complete nightmare. The fitting isn’t just a little bit off, it’s a completely different shape. In the end, the only options were creating a new one, or ditching the rear part altogether. Because I started this kit as a way of procrastination as I already was postponing creating a new canopy for a different kit, I just ditched the rear part and hid it under the sliding part. Nobody will see. The perfect crime.

Polish camouflages are generally quite boring. Khaki and blue. However this plane was never produced so the possibilities are endless. I opted for a camouflage scheme inspired by the Lublin R-XIII. I couldn’t find a consensus on the exact colours, so I opted for my own interpretation. Mr Hobby H-79 Dark Yellow, H-406 Chocolate brown and MIG 915 Dark Green over Tamiya XF-23 light blue.

I also added some details from an old decal set for a PZL.37 Łoś I still had from my own build a while back.