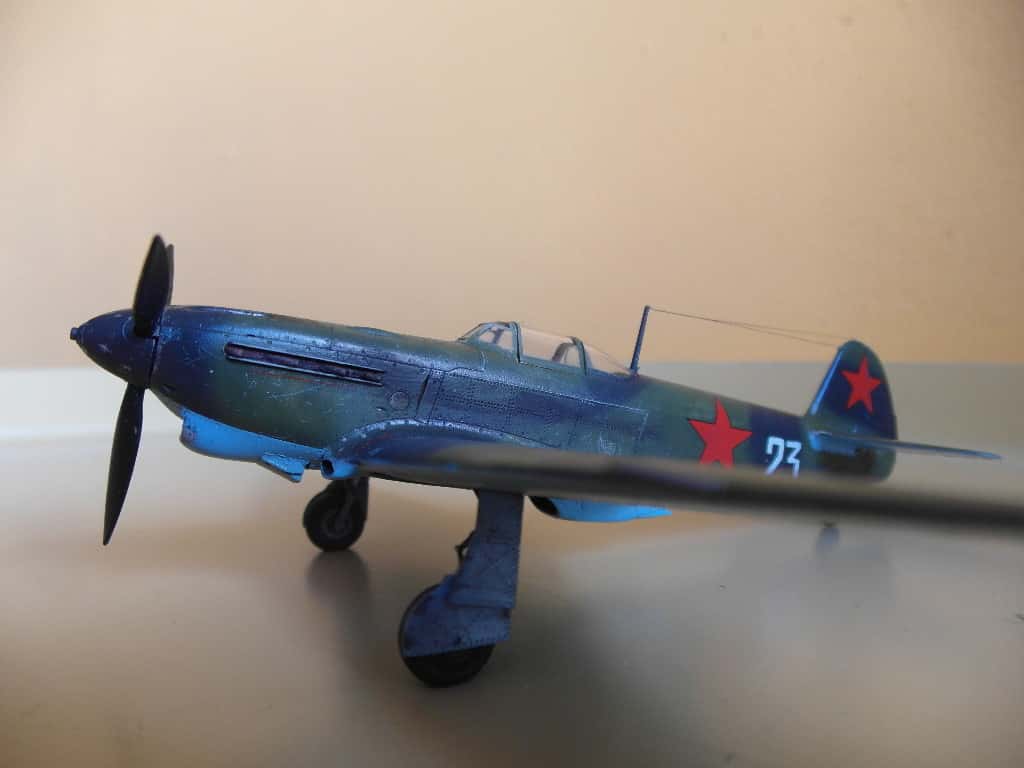 The Yakovlev Yak 1b was an early Soviet all metal fighter, which spawned one of the most successful aircraft family with 43000 machines build.

Personally my Russian aircraft collection is rather lacking, with only two aircraft. Russian aviation in general is kind of under represented in scale modelling, with the least amount of kits of all major nations. The Yak 1 too has been under-represented for quite some time, with only good kits being quite recent. So when Arma Hobby released their kit of the Yak 1b, I got quite interested and bought it.

The kit itself is quite amazing. No fitting issues and a lot of fine details make this a very high quality kit, rivalling Tamiya and Eduard, for a price that puts them both to shame. There is an option for an “expert” set, with additional PE fret and maskings. And while I bought them, I don’t think they’re worth almost doubling the cost. The seatbelts are quite nice, but the air intakes are barely visible (the exit of the cooler is even invisible unless you cut it open like I did). The instrument panel is also very without the PE.

The specific aircraft I choose was flow by female ace Lydia Litvyak. While this scheme is included in the “normal” set, I had the extra. The conversion was quite simple, with the “2” being form another scheme, and the 3 masked with tape.

I did very little in terms of scratch building with this kit. Only the opening of the cooler and the addition of a radio behind the cockpit.
The camouflage colours are are the standard AMT-6 Black, AMT-4 Green and AMT-7 Blue paints.