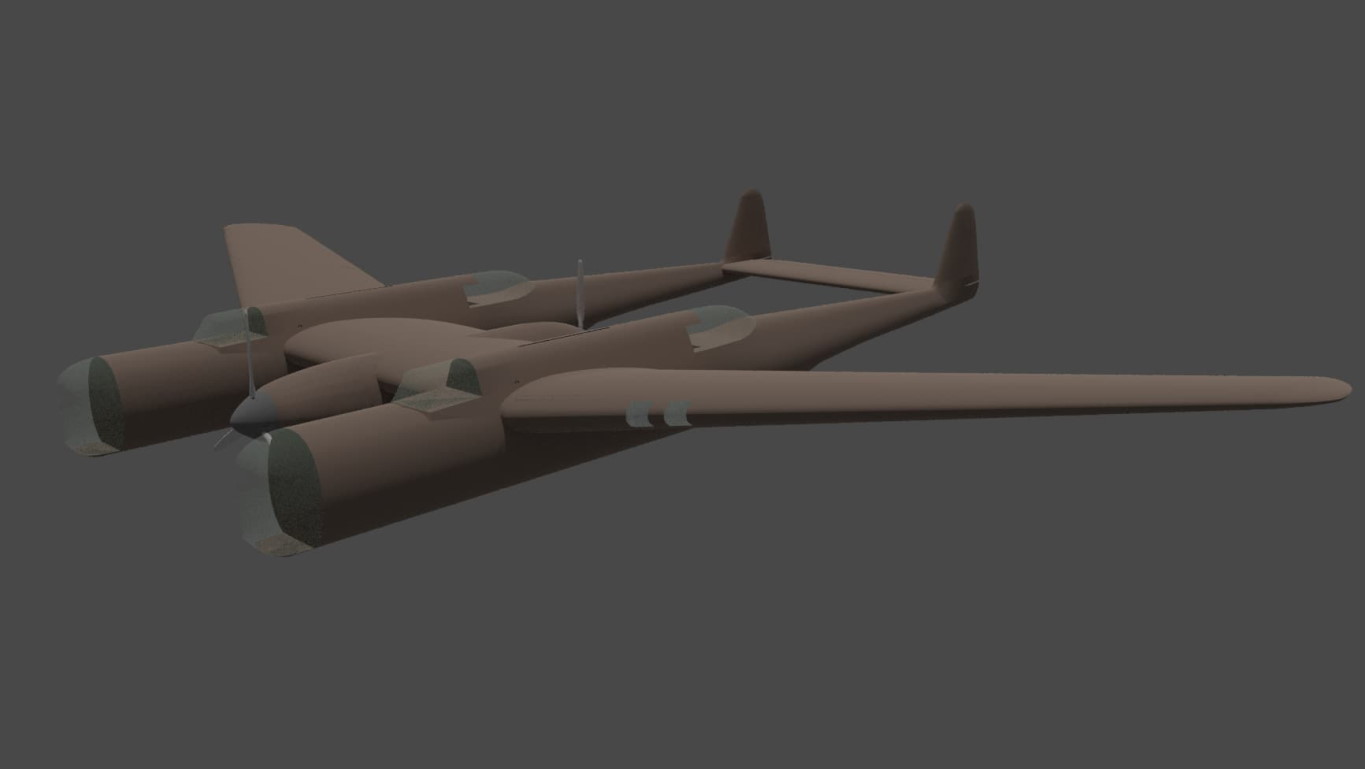 Even though a lot of aircraft have kit’s build of them, there are still quite a few machines that aren’t properly represented. Either there is some ’80 vacuform that’s impossible to get like the SM.91. Maybe there is a very expensive, dodgy resin kit on the market, such as the Nakajima G5N. And sometimes there’s […]

Even though a lot of aircraft have kit’s build of them, there are still quite a few machines that aren’t properly represented. Either there is some ’80 vacuform that’s impossible to get like the SM.91. Maybe there is a very expensive, dodgy resin kit on the market, such as the Nakajima G5N. And sometimes there’s nothing. This fate is mostly for the obscure aircraft that didn’t even make it past the drawing board.

Such is the fate for Fokker Design Study 47791 too. It most likely didn’t even receive a “Ontwerp” (design) number, but sometimes it is called Fokker Ontwerp 185. And even though it looks sweet, this is quite an obscure plane and as a result nobody bothered to make a kit out of it.

So with a week vacation from Uni, I decided to take the plunge and create my own kit. Maybe I’ll sell it, maybe I won’t even finish it. I don’t know. The kit itself will probably be 3d printed, but that will be a worry for later.

Not much is know about this plane. It has two fuselages put together just like a Heinkel He 111Z or F-82 Twin mustang. The wings are swept back, which is quite unusual for the time, but this might be due to the heavy pusher engine. The plane has a central gondola which contains the bomb bay and two engines in a push-pull configuration. The fuselages themselves are quite similar to those of the Fokker T.IX, but with the nose of a Fokker T.V. The canopies are also different.

According to the NIMH, the Dutch Institute for Military History this is drawing 47791, drawn on may 23 1939 by Van der Meer as a design study for the LVA.

The image itself is cut off, but reads “Study-design (?) LVA (?)” (this is cut off) and “composition 2-engined aerial cruiser”. It also gives some dimensions.
A second piece of information from Frits Gerdessen, first published in “Luchtvaart”, May 1998. It gives some information about it’s construction and speculated performance. Oddly this notes the drawing number 47792, so I’m not sure what is correct, if they’re even about the same aircraft. It also gives an probable design ID of Fokker ontwerp 185, however this isn’t sure.

I have some basic experience drawing 3d models, but not with more complex structures such as aircraft. But it’s never too late to learn. So don’t even think about using this as a tutorial.

I started by tracing the original sketch and creating a rudimentary framework off the wings and fuselage from that. Loft surfaces were created between the frames to give the plane it’s skin. The are some inconsistencies between the different views, especially around the canopy windows, so I choose to create something that reasonably satisfied all directions.

And voilà, after about 4 days work the basic, exterior shape is done. Now onto the details. The interior, the landing gear and the wing root fillets are the details still needing work. The engines also still need detail. Exhausts, air cooling, that sort of stuff. I don’t know if I’ll add panel lines, as they’ll probably get lost during printing. Some experimentation is still required.